The Rest of the Winter

Since Bob was retired military, we had available Space-Available condo rentals for very reasonable prices ($349 for the week regardless of the size of the unit). So I made reservations at various condos, week by week, to go down the coast for the rest of the winter of 2004-2005. Driving this time instead of sailing.

Migrating by Mercedes 2004 is the first part of the trip 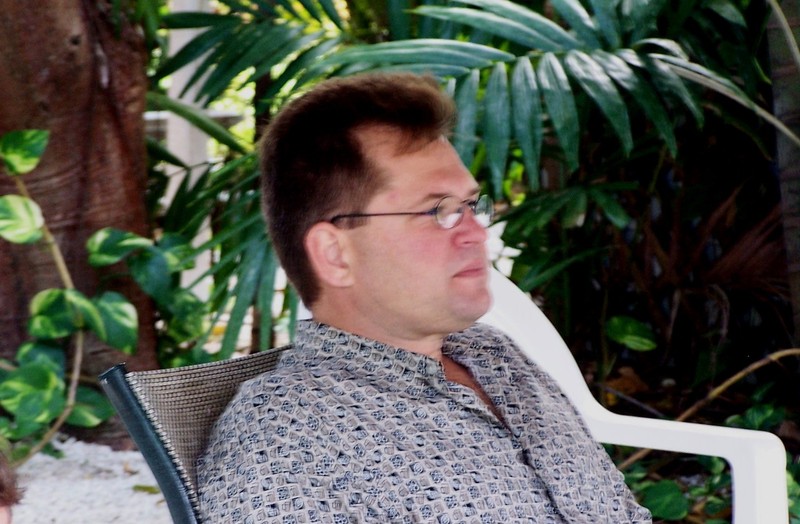 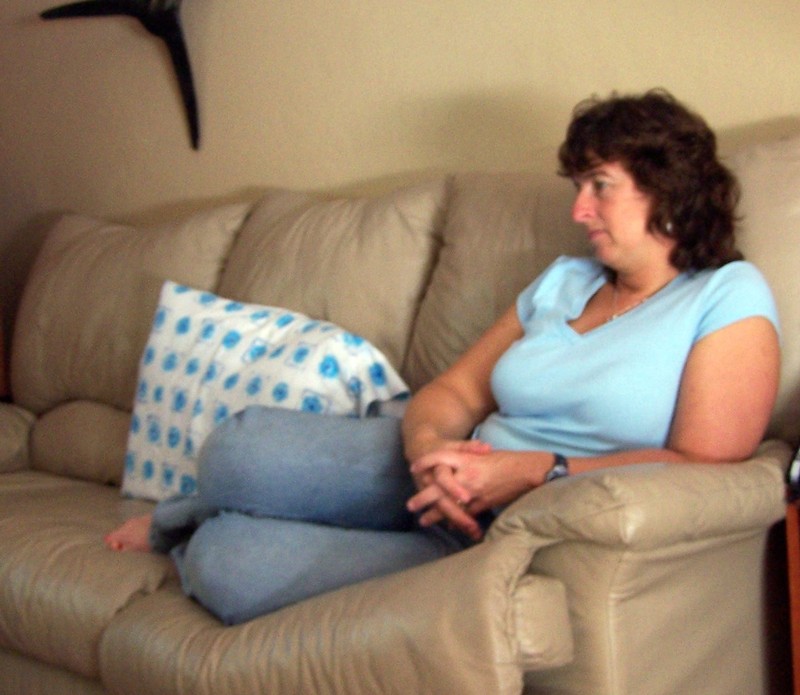 found that the MB was leaking something, so it had a piece of cardboard under it to protect the driveway. 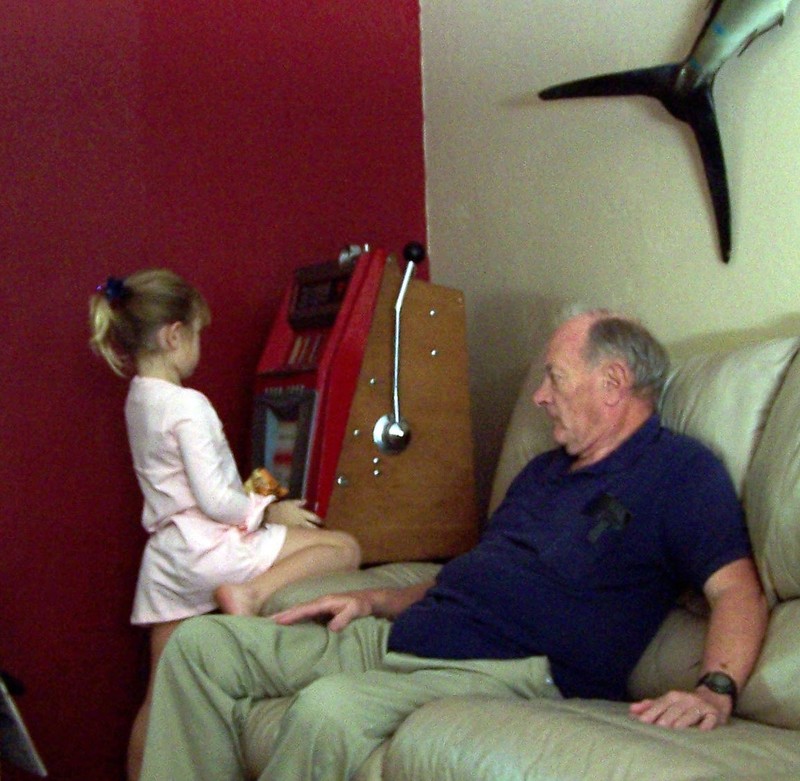 Bob and our granddaughter

Our daughter and family left for NC on Tuesday Dec 21st, leaving us with instructions for feeding the dog, the cat, the guinea pig, treating one fish tank, feeding two fish tanks, putting out the trash etc. They spent the night in near Atlanta and arrived in NC on Wednesday. We had a quiet Christmas here. Bob walked the dog an increasing distance each day and drew up plans to put the wall that our daughter wanted put up. He looked at the car and found the leak was diesel fuel and the same place that mine had leaked.

The family returned on December 28th after a one day trip back from NC. They acquired another cat (a white male that had been 'skunked') while they were up there, and brought him back with them. 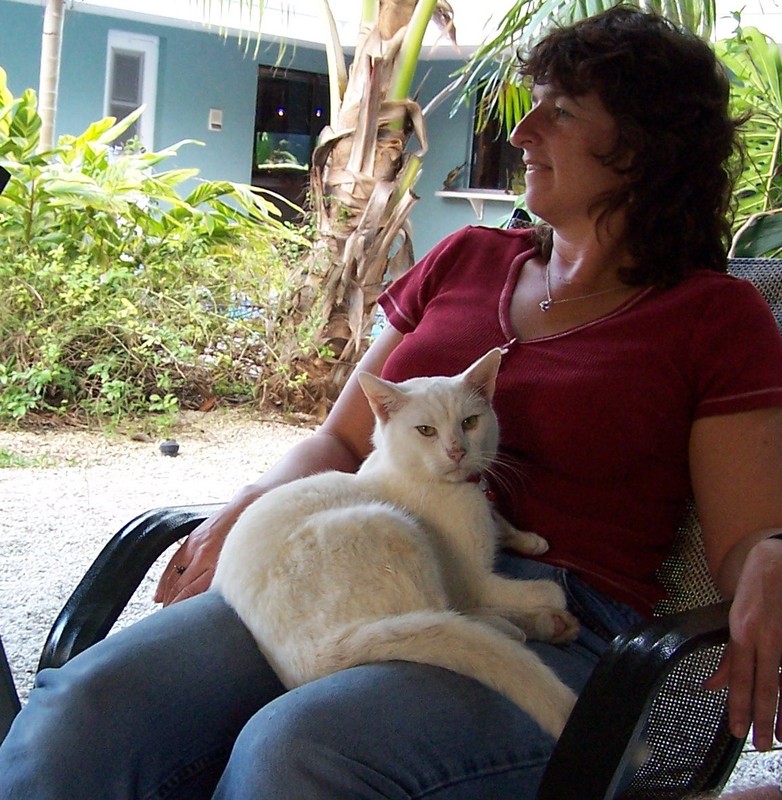 Daughter and Pepe the cat

They had Todd (their best man) and Suzanne and their son who is about 4 to come and stay for the New Years weekend. They went out on the boat all together with the dog, but we stayed here. Eric (Our son-in-law's half brother) and a friend also came down to stay. 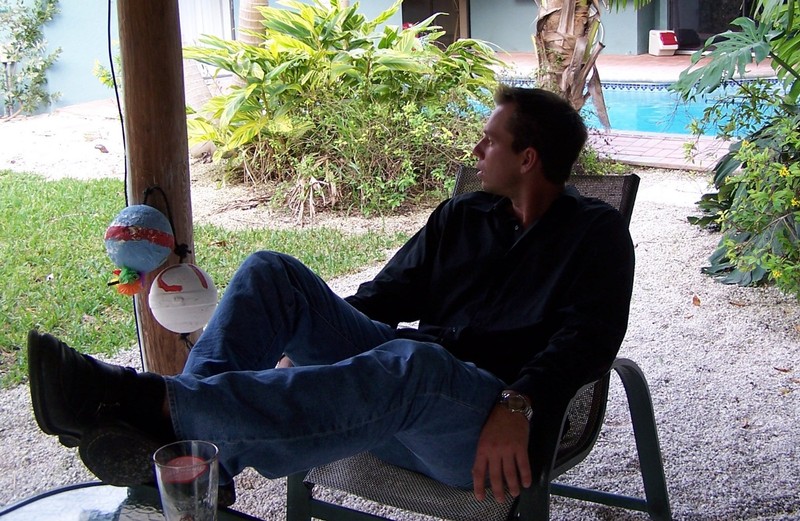 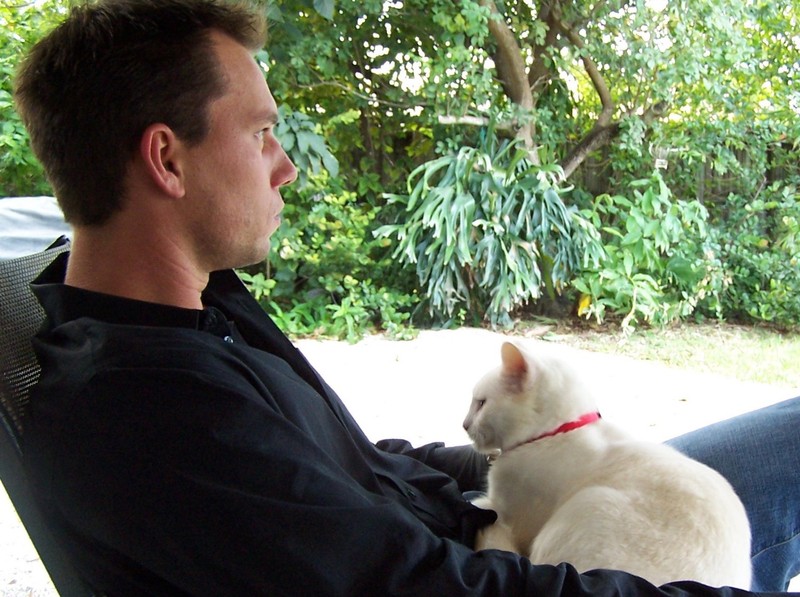 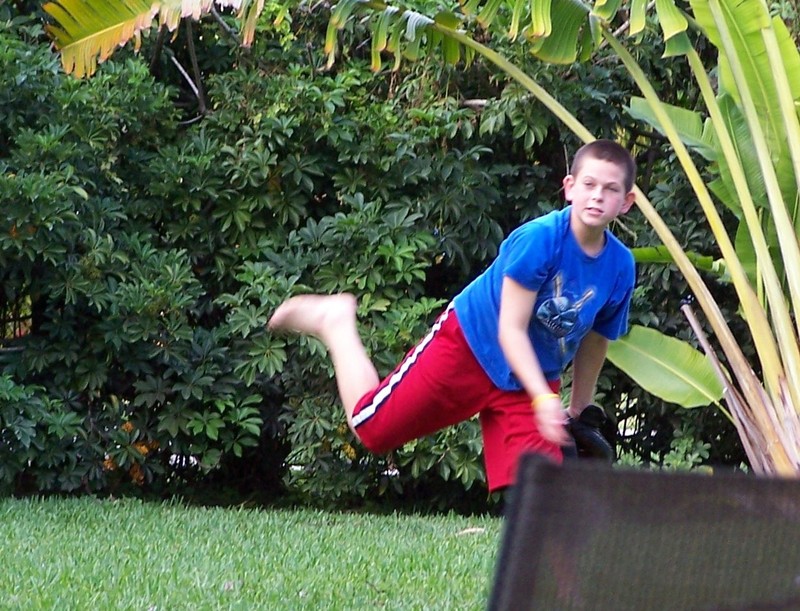 and various friends that were over, although he paid for it later - he had shoulder surgery about a month ago.

There were people sleeping everywhere. Our daughter and son-in-law were in their room. We were in the guest room. Charlie (Carol and Dave's son) was on the trundle bed in our granddaughter's room, and our grandson was in there also on a cot. Suzanne, Todd and their son were in our grandson's room on the queen bed. Bob had roughed in the wall between our grandson's room (the former living room) and the dining room so they had some privacy there, although the dog crate and the guinea pig were in there too. So Eric and his friend were variously in the new living room on the couch or on the floor on an air mattress.

On Monday January 3rd, I went to have a root canal - the dental insurance that I now have will pay 75% which is good. On Tuesday, Bob took the car over to our daughter's mechanic to be fixed, but he didn't replace one little hose, which is still leaking. Altogether the two things cost over $1000 (before reimbursement because I had to pay up front). Of course we have little else in the way of expenses.

I got the dental records that we had from NC and from the Un of MD copied while Bob went to BoatUS to get oil pads to put under the car,
and I sent those claims off. I went with our daughter and grandchildren to Chuckie Cheese for lunch on Monday. You buy tokens to play the games and and she and I got the salad bar and cinnamon sticks in addition 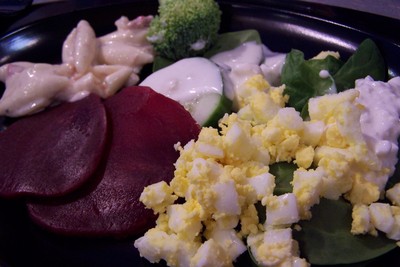 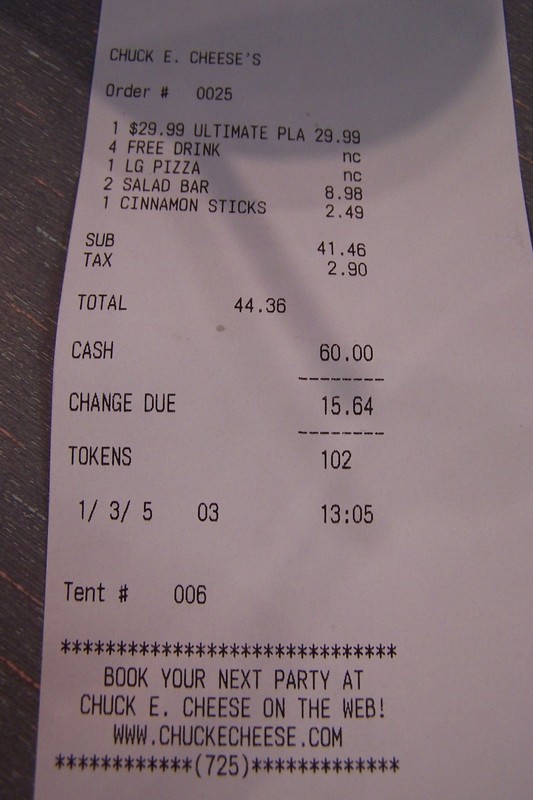 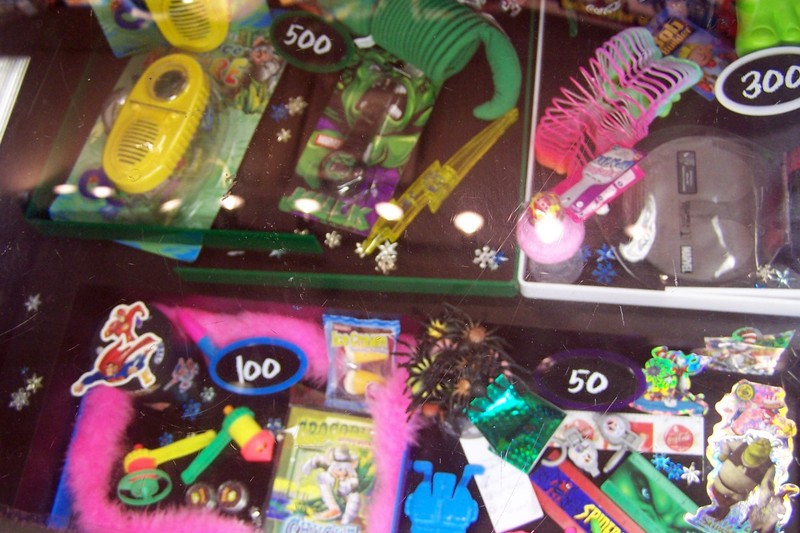 Prizes you get from playing the games at Chucky Cheese 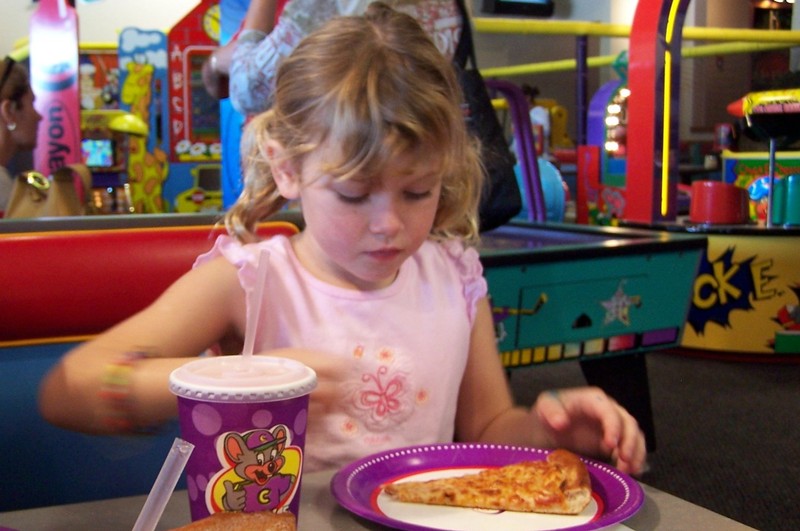 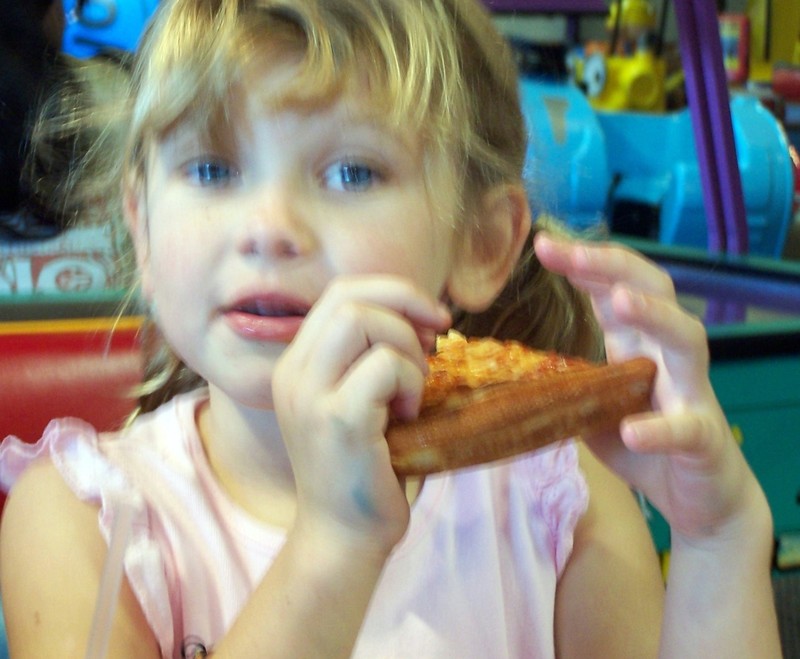 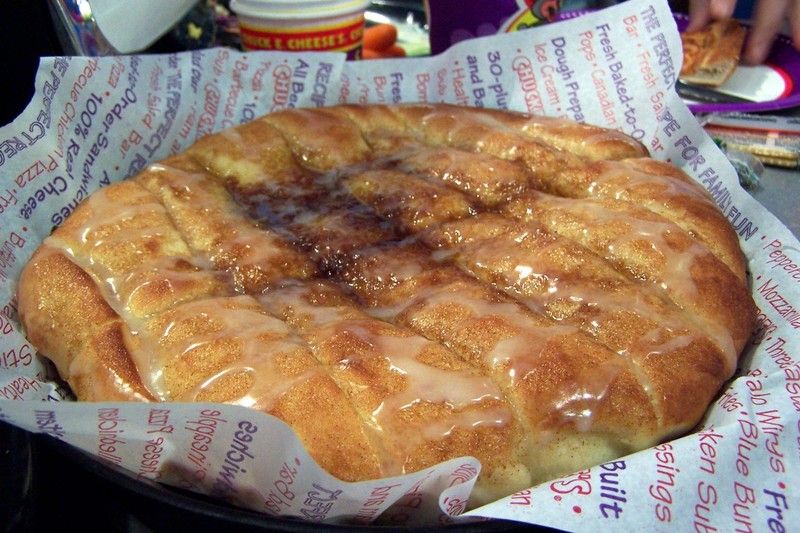 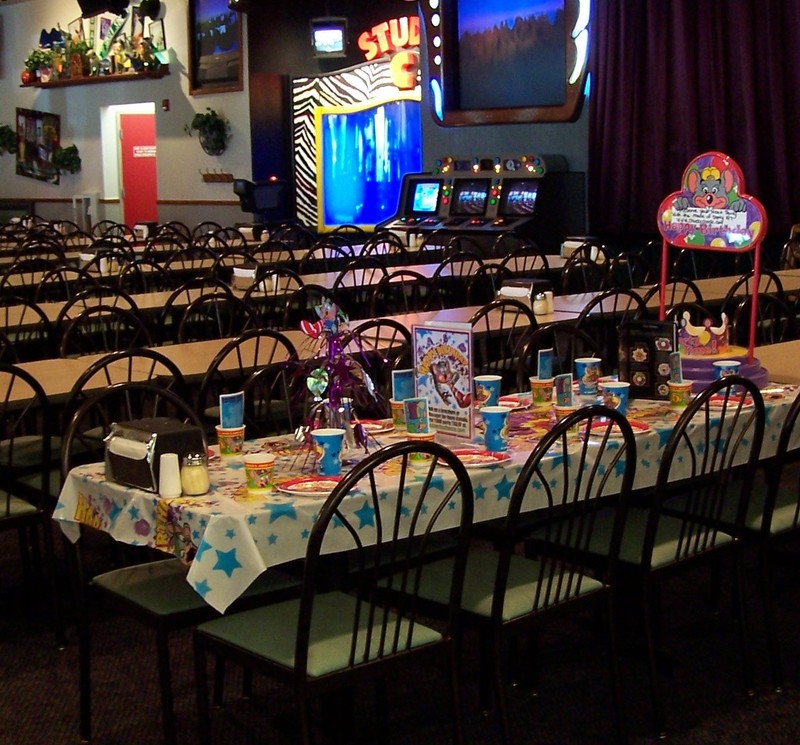 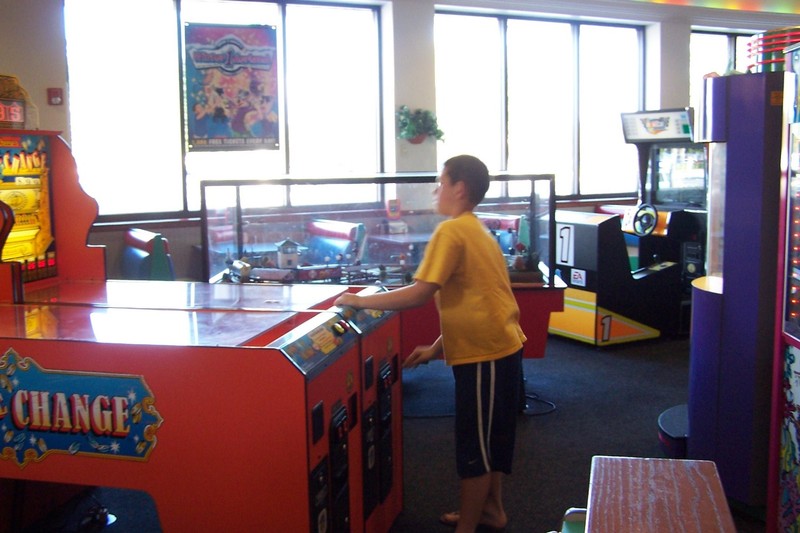 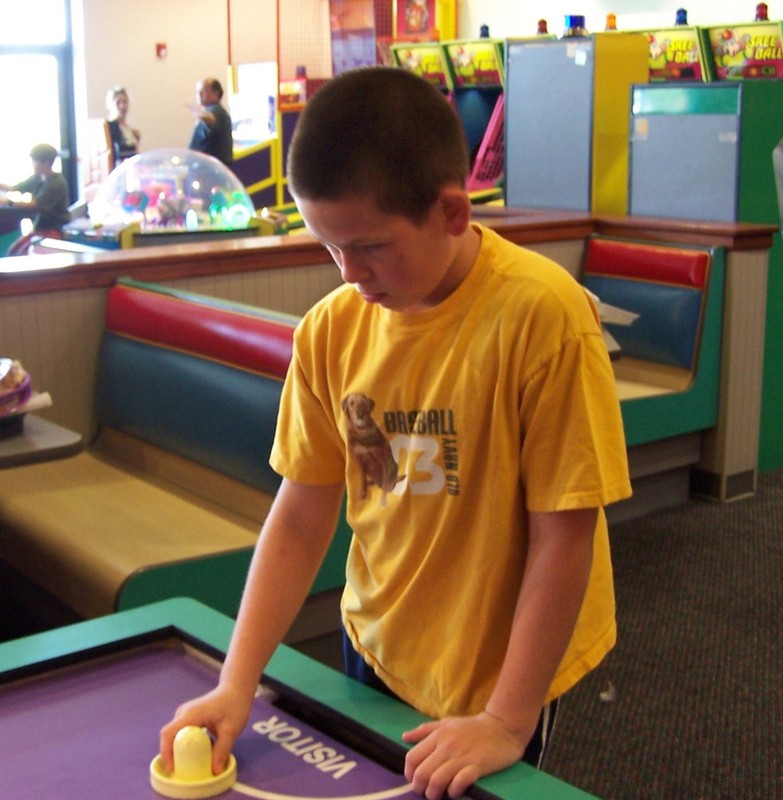 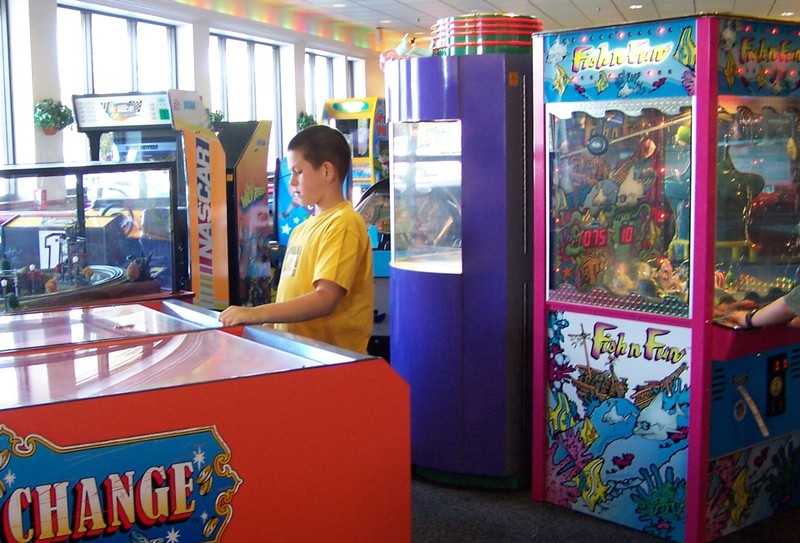 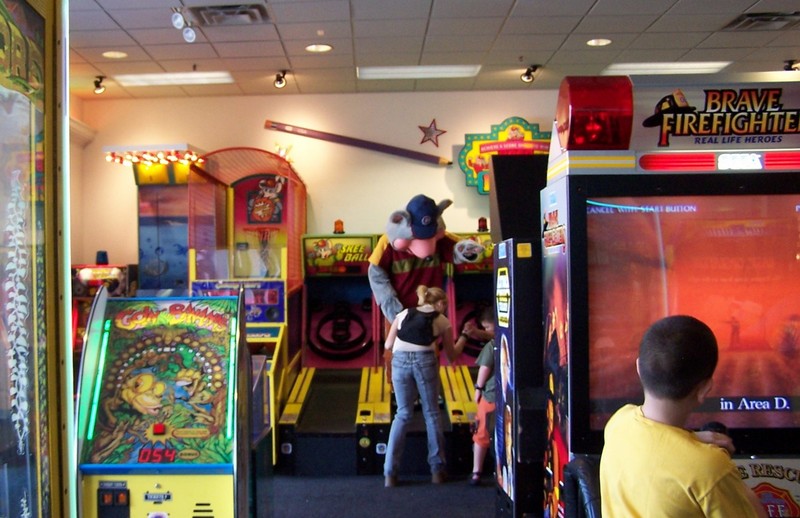 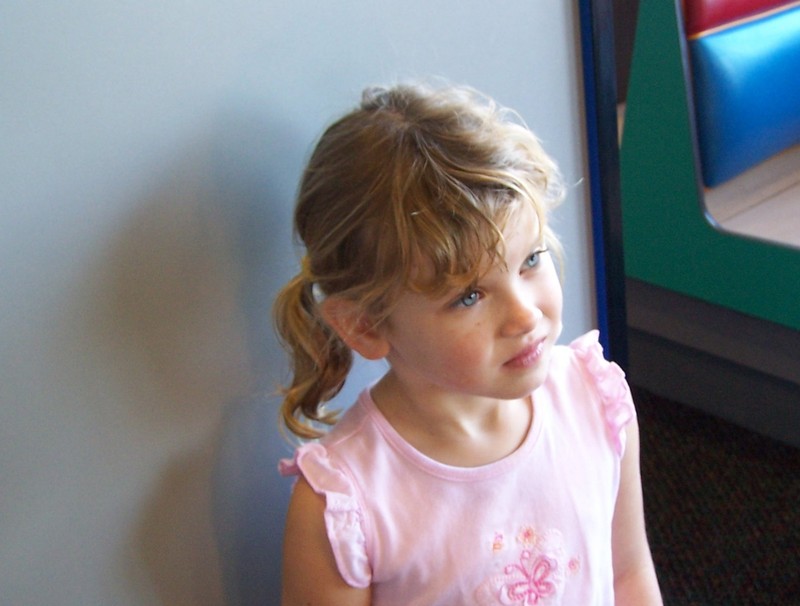 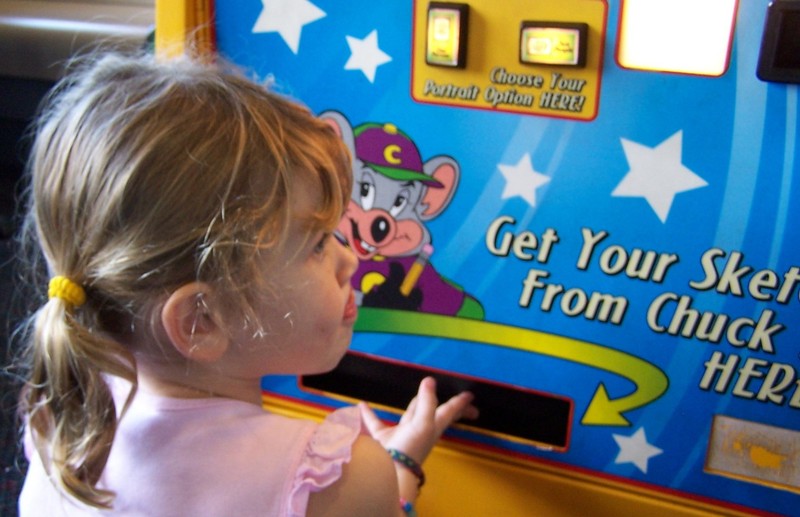 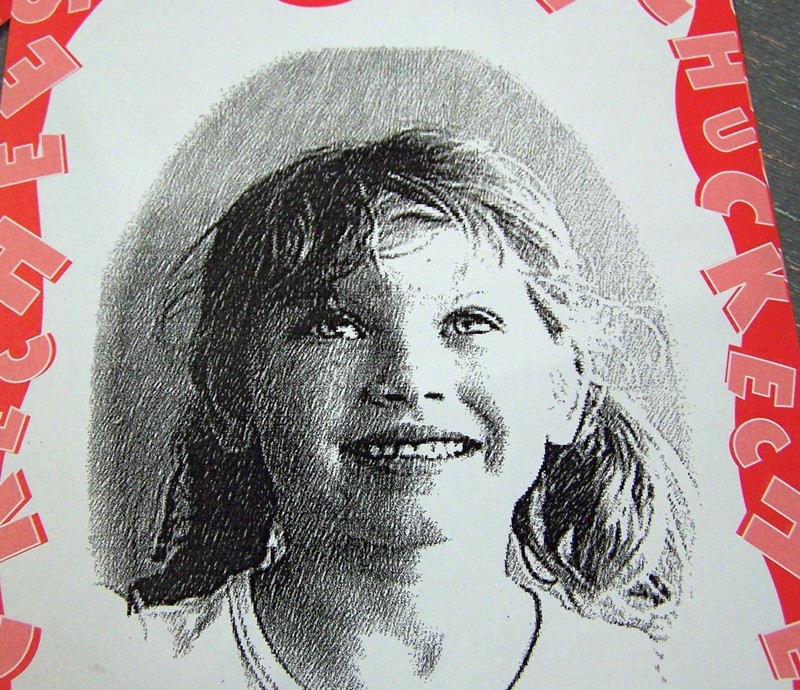 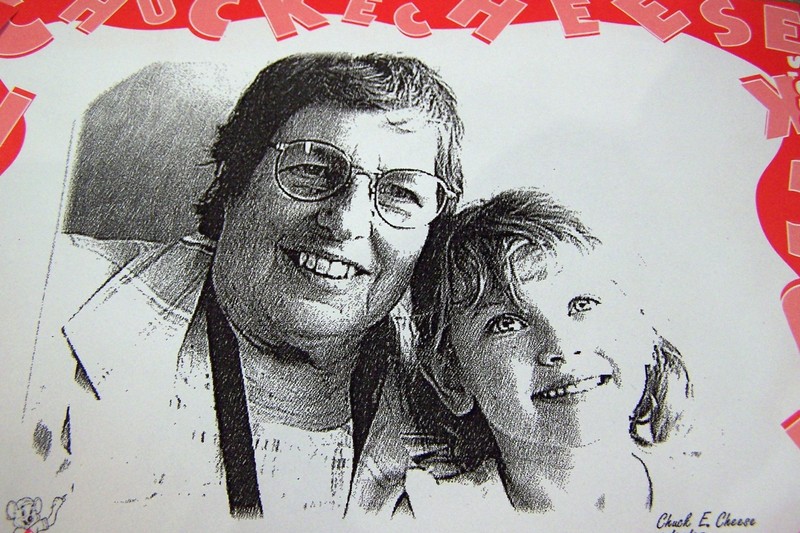 Chuckie cheese photo of me and granddaughter 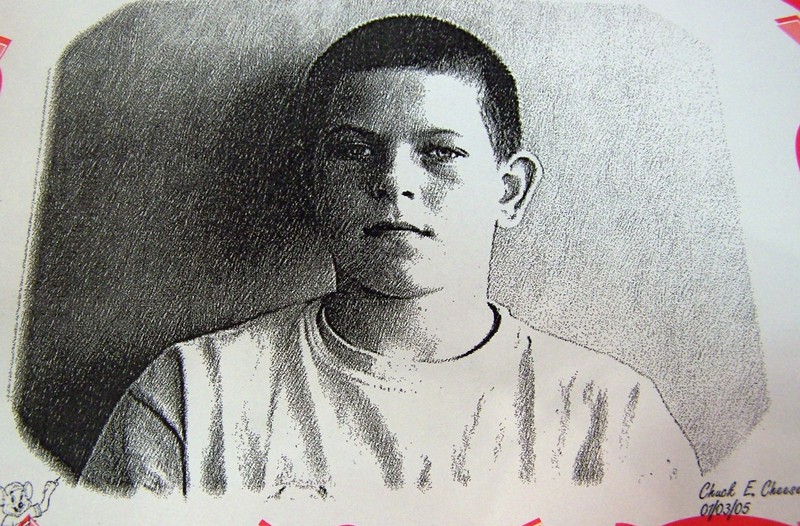 Bob has finished off the wall and it is ready to be painted as soon as the spackle cures and our daughter decides what color to paint it. Yesterday I cut Bob's hair.

January 6th
This was the second day of school. Our daughter took the new dog (Ted) and the cat (Pepe) to the Humane Society to the vet. 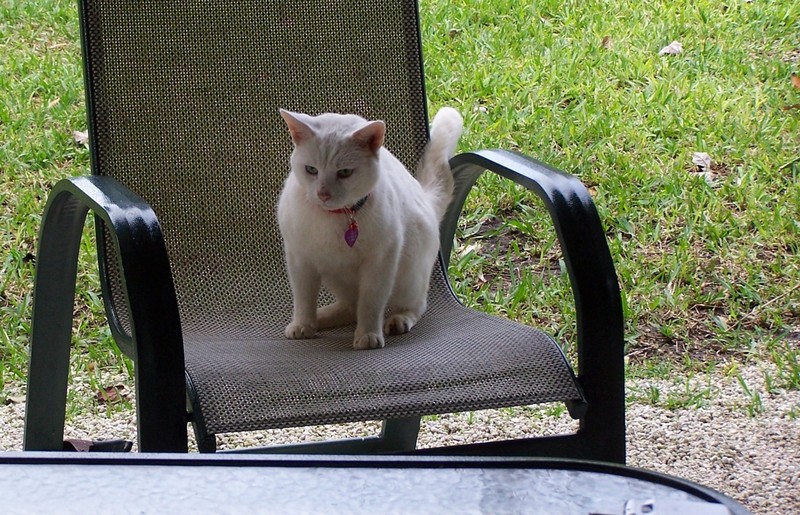 Pepe (because he got skunked) is a neutered male (some people were sure he was a female). They got their shots, but Ted will have to go get neutered somewhere else as the Humane Society isn't doing surgeries. 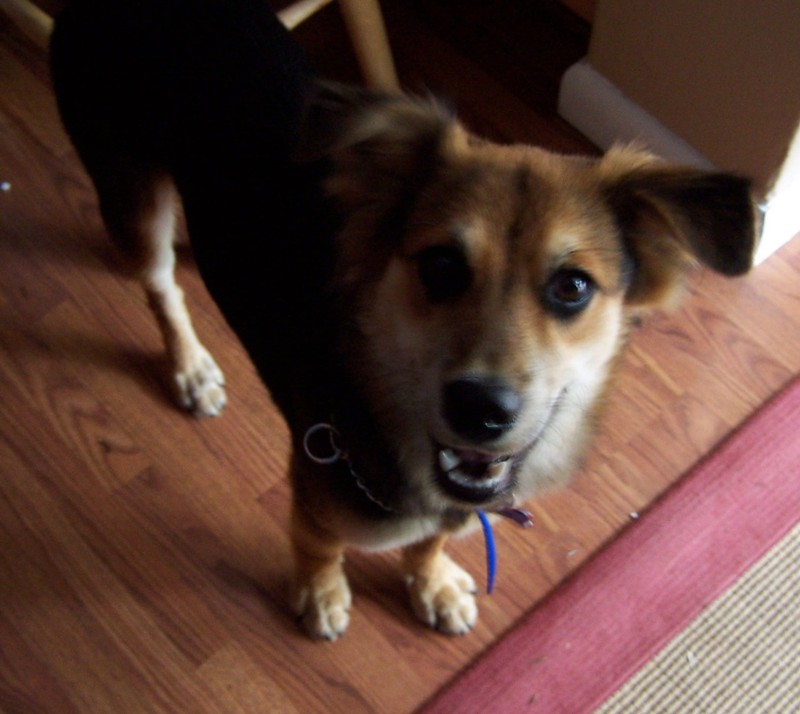 Our granddaughter didn't get a chance to say goodbye to Ted before she left for school. I think she wanted to get home to play with Ted, so she told her teacher she didn't feel well, and our daughter had to go and get her. She was quite annoyed, and said our granddaughter had to go to bed with no TV and stay there until our grandson got home and she couldn't play with Ted. This was a terrible punishment. So maybe she will think twice about doing that again.

We all went out to Outback Steakhouse in the evening. Our grandson and I were doing logic puzzles. Our granddaughter ate quite a good dinner, so I don't think she was sick.

We leave tomorrow for Titusville.

Posted by greatgrandmaR 14:06 Archived in USA

Next Table of contents

Gosh your daughter is certainly an animal lover. Sounds like a very busy household.

That looks a fun place to take the kids, and Pepe looks sweet

I think Ted (who was a rescue) nipped one of the kids and so my SIL (who is a lawyer) rehomed him. Their current dog is named Pepper and is allergic to grass!!!

Comments on this blog entry are now closed to non-Travellerspoint members. You can still leave a comment if you are a member of Travellerspoint.

If you aren't a member of Travellerspoint yet, you can join for free.